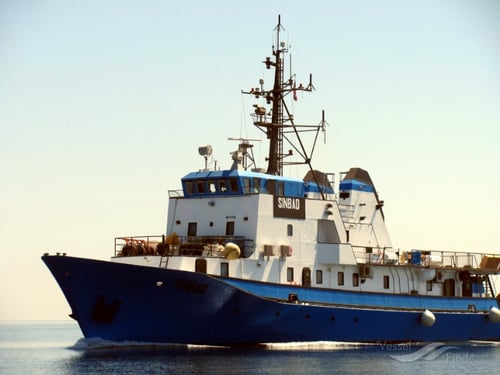 While it may seem obvious, FAs are, first and foremost, vessels, and must therefore comply with the extensive national and international laws pertaining to vessels. For the purpose of this analysis, FAs will only be examined to the extent that they are merchant vessels, rather than state-owned warships that enjoy certain immunities. State-owned FAs are not covered by this analysis.

One of the legal issues most relevant to FAs is the right to exercise innocent passage through the territorial sea. Passage through the territorial sea, which includes anchoring that is incidental to ordinary navigation or necessitated by distress, is defined by UNCLOS article 18 and can be innocent or not. While UNCLOS articles 17-26 all contain guidance on innocent passage, a number of divergent views exist. State opinion is split relating to innocent passage by vessels with weapons onboard when those weapons are not part of the sealed cargo of the vessel. While some states permit carriage of arms, others consider an armed transit per se to be “prejudicial to the peace, good order or security of the coastal state” and not innocent under UNCLOS article 19. Without any common position on this issue, therefore, FAs could be arrested pursuant to UNCLOS article 27 in the midst of what they thought was innocent passage, but which the coastal state considered to disturb the peace of the country or the good order of the territorial sea

FAs normally operate outside the territorial sea and the contiguous zone, and thus within the exclusive jurisdiction of flag States over vessels flying their flag on the high seas, as well as in relation to activities within the exclusive economic zone which do not fall under the jurisdiction of the coastal State pursuant to Part V of UNCLOS. Flag state law is consequently of paramount importance for governing the conduct of FA vessels. It is also important to recall that articles 58(2) and 88 of UNCLOS further emphasize that “The high seas shall be reserved for peaceful purposes.” The activity of FAs is set against this backdrop.

The port state for any FA has the right to engage in investigations and enforcement actions under national laws, adopted in accordance with UNCLOS. Any violation of enforceable international or national laws occurring in its territorial sea, any continuing violation originating on the high seas, any extraterritorial action for which there is a bilateral agreement on assistance, or any pollution violation addressed by UNCLOS article 218 may be handled by port state authorities.

Similarly, port and coastal states, in accordance with domestic legislation, could exercise legal authority over and arrest a vessel itself, not just the people on it (in rem actions), consistent with UNCLOS. In such instances, national law would govern the treatment of the weapons and OEPs as being potentially the cargo of the vessel, or more likely appurtenances of the vessel and thus subject to the in rem action, as well.

Existing long arm laws may also apply. It may be illegal, for example, for an individual from a country to possess a certain type of weapon without a national license, even outside the territorial jurisdiction of the state. If that person is working on an FA, the state may be able to prosecute the person, even if no undesirable incident occurred.

Some state laws may also provide for particular types of actions against the vessel itself even if an FA operates beyond the territorial sea. A particularly strong mechanism for exercising law enforcement jurisdiction in the EEZ per UNCLOS article 56, for example, may relate to supply, bunkering and fueling operations. FAs constantly need to be refueled and resupplied, and the land-maritime nexus for such operations may give long arm jurisdiction to the state under certain liability theories in which the fueling vessels are considered to be engaged in some form of criminal relationship with the vessels on the high seas. The International Tribunal for the Law of the Sea (ITLOS) in the case of the M/V VIRGINIA G2 found that coastal states have regulatory authority to govern refueling at sea when the bunkering is linked with illegal fishing activities. The enforcement, however, must be necessary to sanction noncompliance and deter future activity

Under the Safety of Life at Sea (SOLAS) Convention, all flagged vessels over 500 gross tons must comply with the International Safety Management (ISM) Code. The ISM Code requires vessels, among other things, to have a procedural manual for what is done aboard the ship in normal conditions and in emergency situations. Given the nature of FA operations, this procedure manual would not look like that of a normal vessel, both for regular and emergency procedures. The decision of the adequacy of the manual, however, rests with the flag state administration and there are no recognized uniform requirements or standards between different flag states at this time.

Also under the SOLAS Convention, all flagged vessels over 500 gross tons must comply with the International Ship and Port Facility Security (ISPS) Code. The ISPS Code was written in the aftermath of the terrorist attacks of 11 September 2001 and aims, according to article 1.2 “to detect security threats and take preventive measures against security incidents affecting ships or port facilities used in international trade”. The Code requires a formal ship security assessment to be conducted and documented, which in turn leads to the production of a ship security plan, the appointment of a ship security officer and the provision of training, drills and exercises in ship security. For the safety and security of maritime commerce, and to be consistent with the aims of the SOLAS, the scrutiny applied to FAs in assessing ISPS compliance should theoretically be different than for normal merchant ships. This scrutiny, however, rests with the flag state and can therefore vary greatly.

Becoming a Vessel in Support of A Belligerent Party

FAs, at least within the scope of this Annex, are private vessels. But private vessels may become military targets in certain circumstances, even without changing their status as merchant ships under UNCLOS. Increasingly expansive logic has led to commercial vessels, with cargo that finances a war effort, to be attacked as warships. Therefore there is a legal argument that, if an FA were to support a state actor or its proxy in engaging in either direct combat or hybrid warfare, it could become a legitimate military target.

Floating Armouries and the Law- Armouries