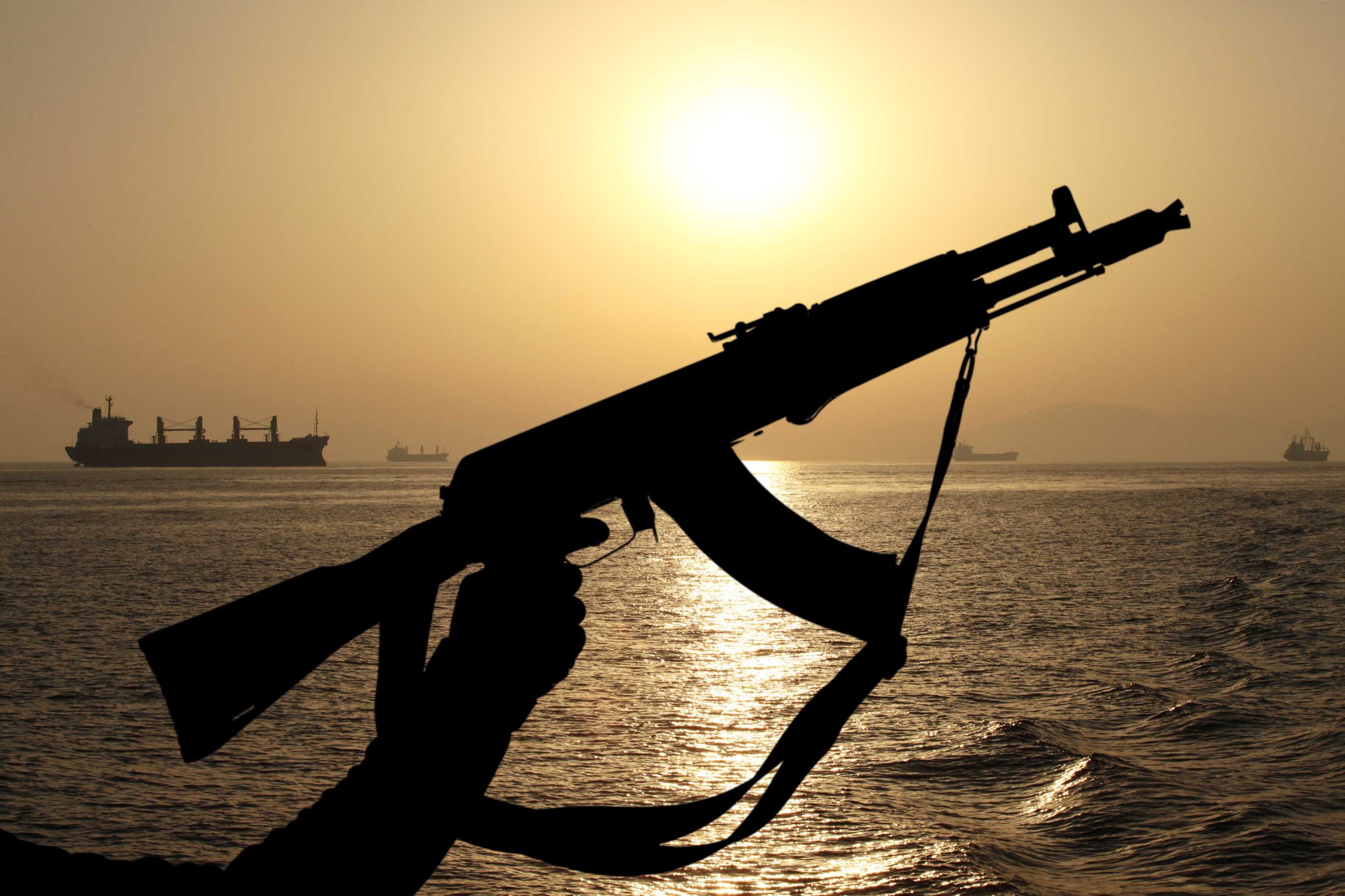 Maritime crime is a worldwide problem and can range from people smuggling to drug trafficking but in the past decade we have seen a resurgence of Piracy in certain regions of the world. Here we discuss the categories of crime, of which piracy forms just one:

International law assumes that sovereign states use their powers for legitimate purposes but in practice these forces can be criminal when viewed through international law and when used for individuals' private ends.

Iranian forces interfering with legitimate traffic operating around its coastlines

State forces landing on disputed land territories or dominating the seas around them in order to claim customary use of the waters; a lever to make a claim to the lands in international law. 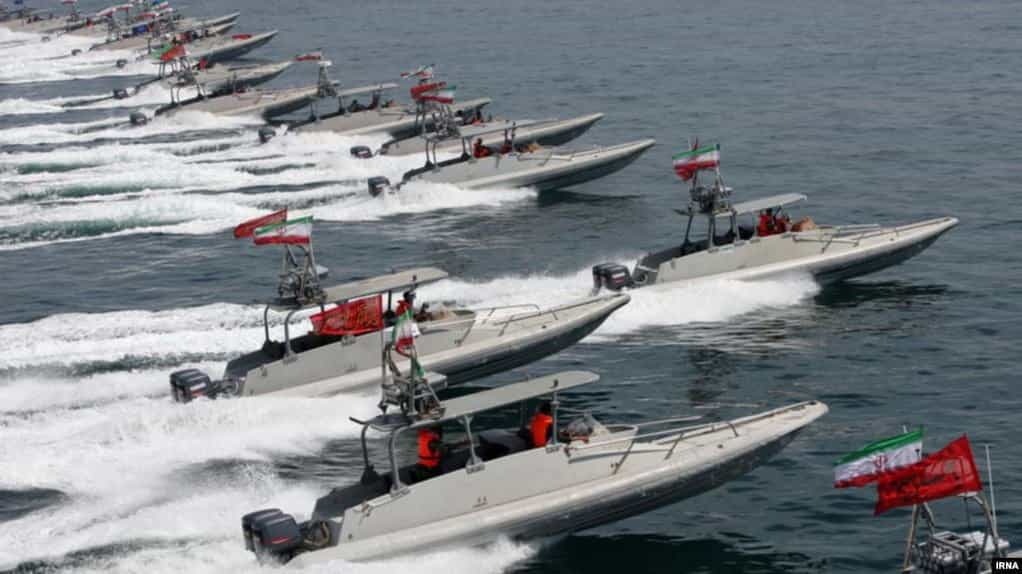 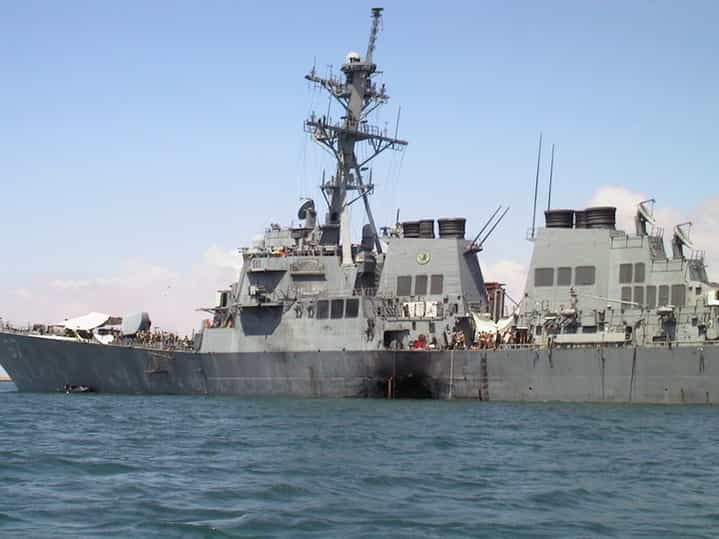 Terrorism can be defined as;

“The unofficial or unauthorised use of violence and intimidation in the pursuit of political aims.”

Shipping can be coerced or duped into assisting trafficking by 'stowed away' goods and use of (usually smaller) vessels under direct control.

The act of Trafficking is defined as “dealing or trading in something illegal”, such as:

At $150B a year,  human trafficking is big business.  A modern-day form of slavery involving the illegal trade of people for exploitation or commercial gain it is  second only to drug trafficking as the most profitable form of  crime. Many nations struggle to counter Human trafficking as it remains largely a hidden crime as victims rarely come forward to seek help due to language barriers, fear of reprisals, and/or fear of being returned by law enforcement.

People trafficking often exploits legal and humane drivers by use of unsafe and unsuitable vessels that lead to distress situations and obliging passing traffic/ coastal agencies to intervene in order to save life.  Once aboard the migrants become the responsibly of the rescuing vessel to land them to a receiving country.

arms trafficking or gunrunning is the illegal trafficking or smuggling of contraband weapons or ammunition. What constitutes legal trade in firearms varies widely, depending on local and national laws.

A global illicit trade involving the cultivation, manufacture, distribution and sale of substances which are subject to drug prohibition laws. 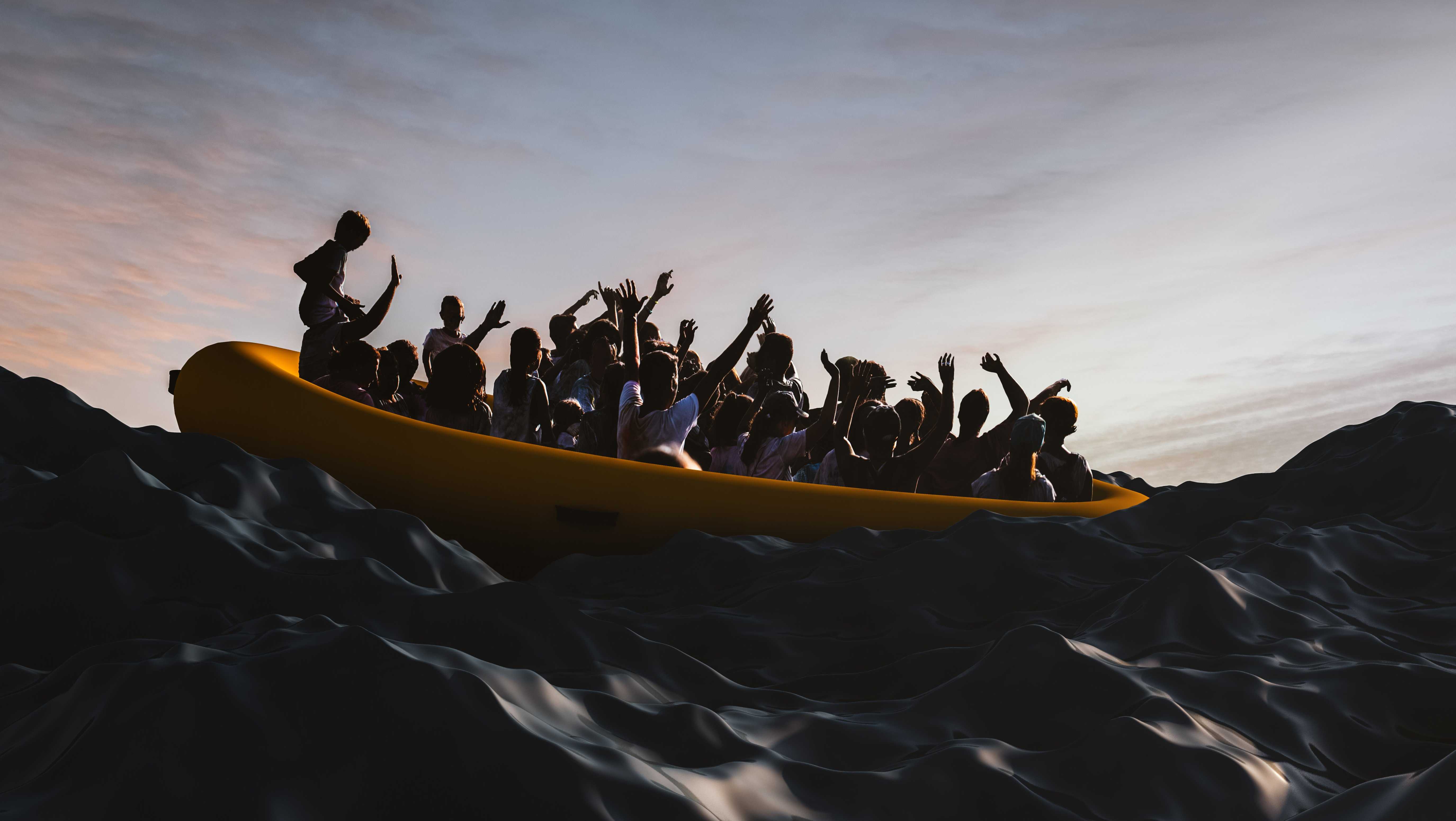 The definition of Piracy is subject to conventions

What is maritime piracy? Essentially piracy is any illegal act, broadly defined as robbery on the high seas (i.e. outside of the 12nm limit of Territorial Waters), whereas robbery occurring within the 12nm limit is treated as a crime of robbery under the laws of the coastal state.

What is the origin of the definition?

Maritime Piracy’ is defined by the 1982 United Nations Convention on the Law of the Sea (UNCLOS) Article 101, as follows:

(a) any illegal acts of violence or detention, or any act of depredation, committed for private ends by the crew or the passengers of a private ship or a private aircraft, and directed:

(b) any act of voluntary participation in the operation of a ship or of an aircraft with knowledge of facts making it a pirate ship or aircraft;
(c) any act of inciting or of intentionally facilitating an act described in subparagraph (a) or (b).

Maritime Piracy is a crime under international law, although in order to meet the criteria set out by UNCLOS Article 101, the attack needs to occur on the high seas, that is to say, in international waters  and not in a country’s Territorial Waters (TTW) are defined by UNCLOS as:

“A belt of coastal waters extending at most twelve nautical miles from the baseline (usually the mean low-water mark) of a coastal state.”

Although the parameters that define Piracy above might seem arbitrary, they do have significant impact on the ability of external actors (foreign entities to the TTW) to influence and assist when acts of piracy are committed. Foreign Naval/military forces are not able to act within TTW without that States' express permission.  This can be exploited by illegal actors and is something that is particularly effective in the TTW of poor nations without their own effective naval enforcement; effectively providing sanctuary and freedom of manoeuvre to pirates.

What are the aims of piracy?

The aim of piracy is to extract the maximum monetary value possible by:

Hit and Run - Theft of ships' cash and/or stores

Kidnap for ransom- removal of persons to extort release money

Hijack for Ransom- detention of the target to extort release money 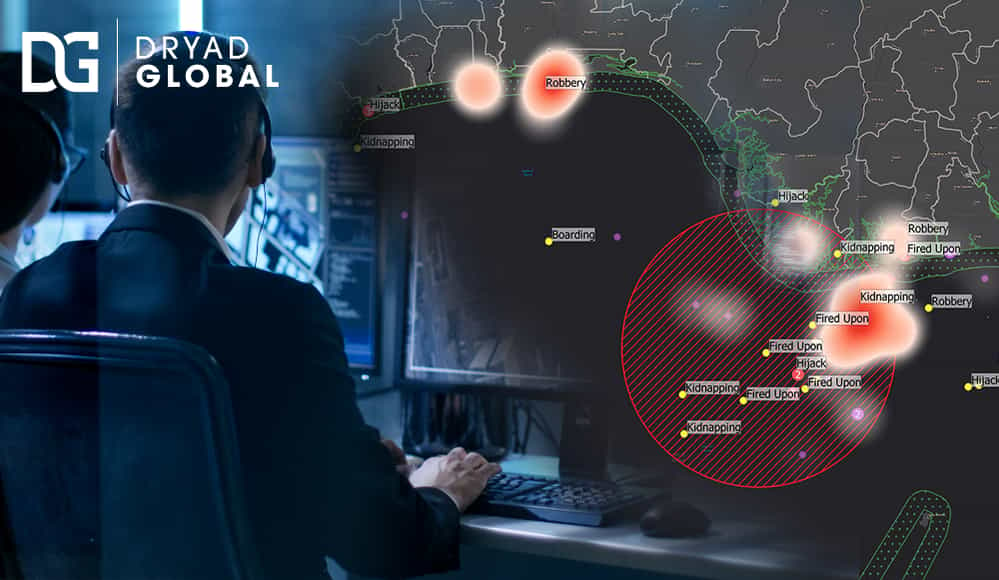 A pirate attack may include (though not limited to) the following:

The following definitions are used to distinguish the level of pirate activity: 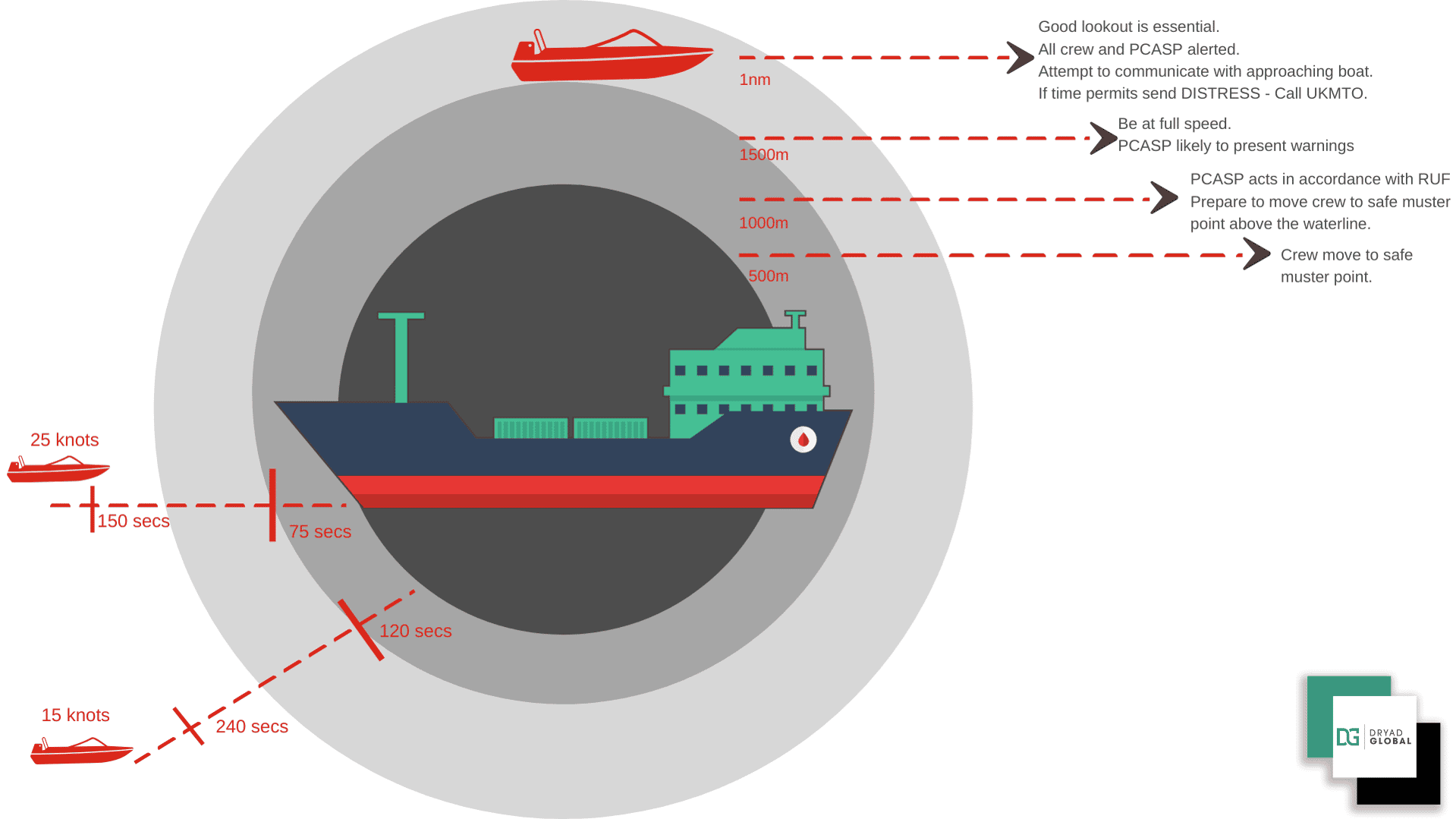 Guidelines for defining suspicious activity can be found here. 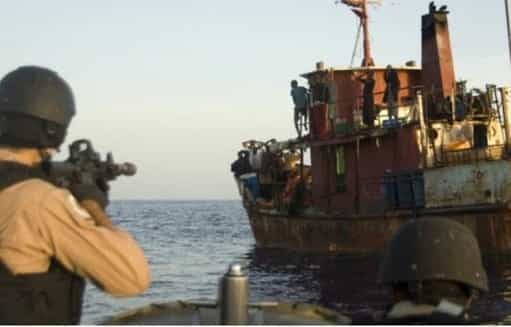 A Piracy attack (not an approach) is when a vessel has been subject to an aggressive approach by a pirate vessel AND weapons have been fired. 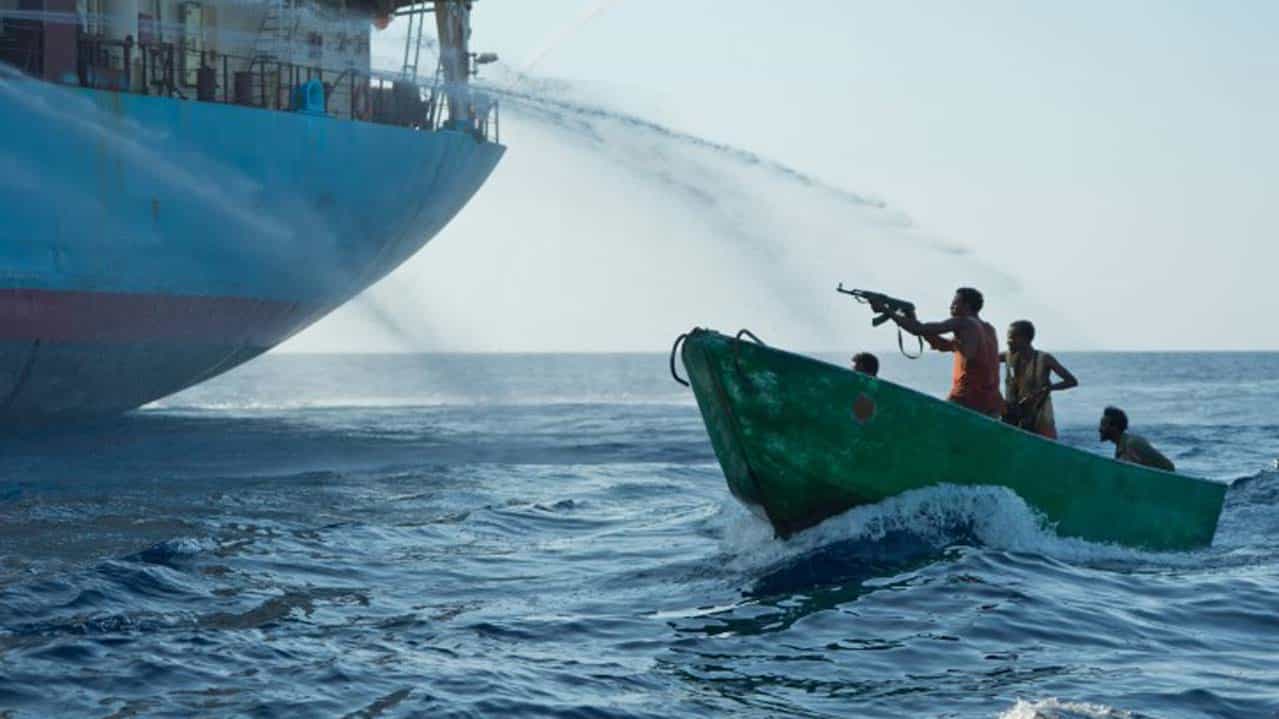 Pirates boarded and forcibly took control of a vessel..

The following serves as a guide to establishing suspicious behaviour of another vessel or craft:

A definite course alteration towards the craft associated with a rapid increase in speed, by the suspect craft, which cannot be described as normal activity in the circumstances.
Small craft  on the same course and speed for an uncommon time and distance, not in keeping with normal fishing, or other circumstances usual for the area.
Sudden changes in course towards the vessel and aggressive behaviour.

When evaluating the suspicious activity consideration should be given to the nature of the suspect vessel:

The number of crew relative to the size of the vessel

The closest point of approach (CPA)

Observation of unusual equipment for the vessel type, such as ladders, climbing hooks or large fuel quantities.

Weapons are fired into the air