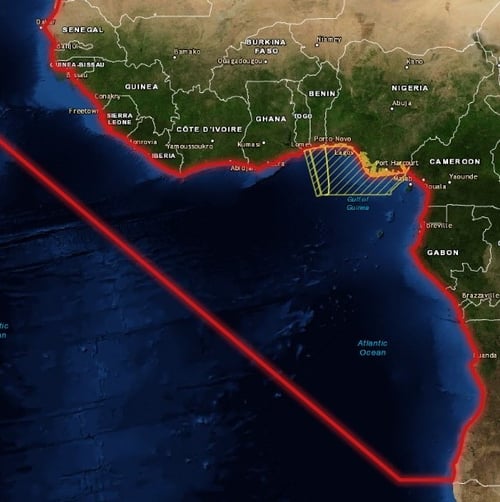 The Gulf of Guinea covers 11,000 square kilometres (4,247sq miles) and stretches from Angola to Senegal.

It is one of the world's most important shipping routes for both oil exports from the Niger Delta and consumer goods to and from Central and West Africa, but it is not well guarded, a combination that creates ideal conditions for piracy.

Nigeria's navy is the most powerful in the Gulf of Guinea, but it remains underfunded and neglected. This is proving costly for companies: kidnappings at sea have become so common, that they have increased operating costs. Businesses have to factor in the costs of independent security contractors, extra insurance, and, sometimes, ransom money. 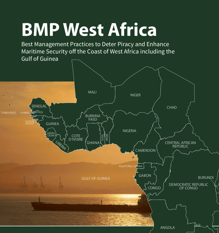 This guidance introduces recommended practices and procedures for vessels operating in the Voluntary Reporting Area as depicted on UKHO Chart Q6114 and SHOM Chart 8801CSD.

The economic cost of piracy in West Africa through 2017 was $818.1m, up from $793.7m the year before. Nearly a quarter of that $818.1m was spent contracting maritime security (Oceans Beyond Piracy's 2017 State of Maritime Piracy report). Insurance also represents a huge cost. The total cost of additional war risk area premiums incurred by ships transiting the Gulf was $18.5m in 2017 alone, and 35 percent of ships transiting the area also carried additional kidnap and ransom insurance totaling $20.7m.

Insecurity is so rife in the region that some global insurance firms now offer Gulf of Guinea Piracy Plus, bespoke insurance plans for maritime crew travelling through the area. These plans provide compensation for illegal vessel seizures and crew kidnappings even in the absence of ransom demands, but because the risks are so high claims are limited to $15m. 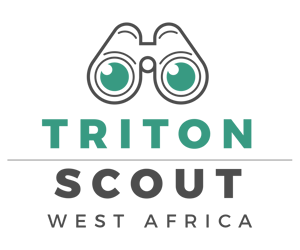 With West Africa currently the global epicenter of maritime piracy eclipsing the Indian Ocean, the Gulf of Guinea’s reputation as a high-risk maritime environment discourages economic investments from both private sector companies and other countries. In 2013, Shell decided to close four onshore oil pipelines in the Niger Delta after a spate of armed robberies by militant groups. 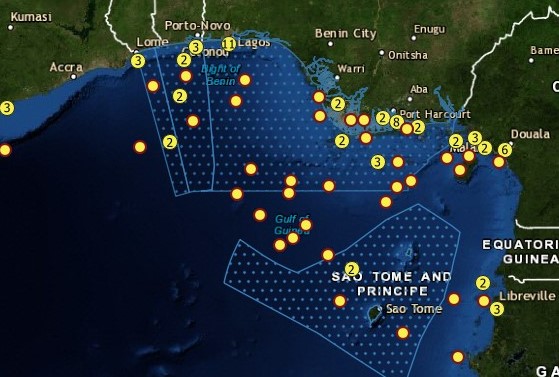 While attacks on super tankers are rare, piracy is so common in the Gulf of Guinea that, in its July 2019 report, the International Maritime Bureau (IMB) described the passage as "one of the most dangerous shipping routes in the world" and a "world piracy hotspot".

Yet, because it is such a crucial part of the regional economy, ships still sail its waters and assume the increasingly higher costs that come with the threat of maritime piracy.

90% of trade to West Africa comes by sea, according to the Danish Ministry of Foreign Affairs, making maritime security a crucial factor in the region's economy.

Piracy and armed robbery hinder broader regional economies too, disrupting critical industries. It increases the costs of importing goods, thereby raising local costs of living. The higher costs attributed to producing and shipping exports also decreases their competitiveness in foreign markets. Like countries in East Africa wracked by piracy earlier this decade, countries in West Africa along the Gulf of Guinea are bringing in less revenue because of piracy, leaving them with fewer resources to invest in the development of coastal communities.

Nine out of 10 maritime incidents of piracy and kidnappings for ransom are reported in West Africa's Gulf of Guinea. As the number of crew members kidnapped by pirates worldwide decreased, the number reported in the Gulf of Guinea increased from 78 in 2018 to 121 in 2019.

Criminality on the Rise 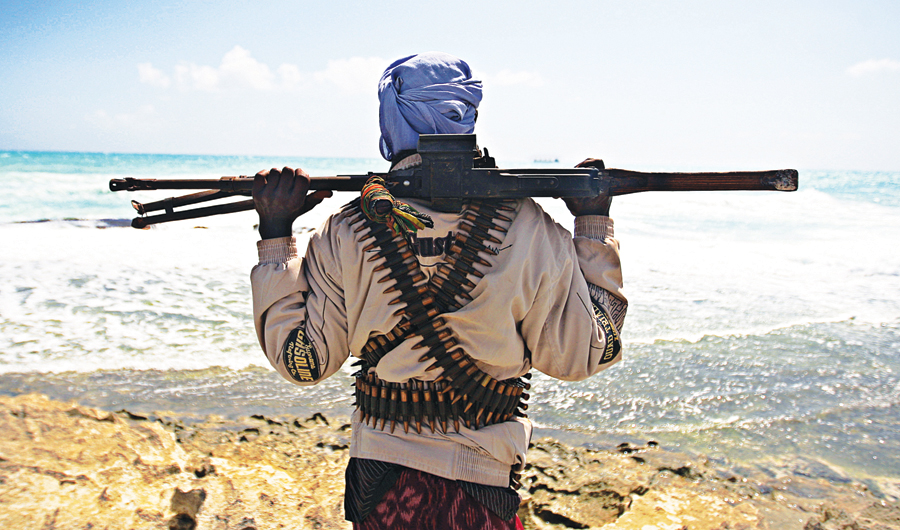 Until 2020 maritime crime in the Gulf of Guinea was a declining trend. The number of attacks in 2018 and 2019 was 134 and 114 respectively. However, in the first few quarters of 2020 a 17% dramatic uptick of maritime security incidents has led governments and businesses to monitor the region with increasing concern.

Data from the International Maritime Bureau (IMB), shows that out of the total 47 attacks that took place in the first quarter of 2020, 21 were carried out in the Gulf of Guinea.

The number of serious offshore maritime incidents, such as kidnap for ransom are on the increase. This is juxtaposed against a gradual but slight downturn in low-level maritime security incidents such as robberies.