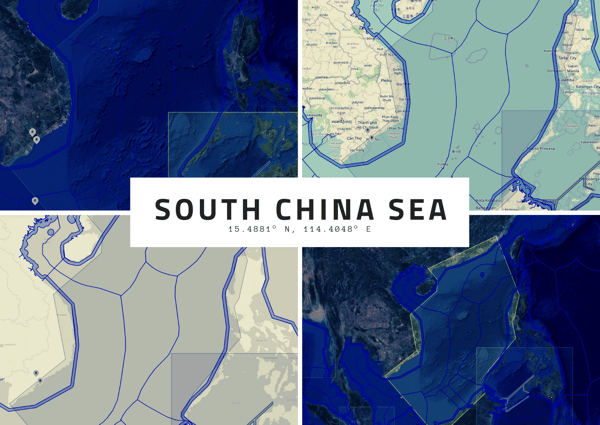 The importance of the South China Sea

The South China Sea is strategically important and a key region for global trade and Chinese power projection and territorial ambition. Tensions in the South China Sea are multilateral with multiple countries claiming territory including Brunei, China, Indonesia, Malaysia, the Philippines, Taiwan and Vietnam. Additionally, Japan, South Korea, Australia and the United States have geostrategic interests that will continue to influence the regions future. This multilateralism makes the resolution of territorial claims in the region difficult, and it is likely tensions will continue to fluctuate in the coming months and years. Beyond territorial claims, global trade and power plays, the social and economic disparities between regional nations are causing high levels of poverty – a driver of illegal fishing and piracy in the South China Sea, which threaten the security of the region. Why does China claim the South China Sea?

The multipolarity of the South China Sea region is a significant factor when considering the security and productivity of the region as a whole. China is the most powerful player in the region, and despite their bullish behaviour in the South China Sea, they have a vital economic need for sustained diplomacy in the region; 40 percent of China’s trade and 60 percent of its oil imports move through the South China Sea to Chinese ports. The Chinese ‘Maritime Militia’ operate as an unattributable source of intimidation, ramming and sinking vessels that operate in proximity to China’s claimed territory. The maritime militia contributes to China’s ‘Cabbage Strategy’, where vessels are placed in a ‘layer-like’ formation around the islands of contention, denying access to waters and gradually shifting the status-quo of control. Militia fleets have little to no interaction with commercial vessels because of their proximity to militarised archipelagos and subsequent distance from shipping lanes.

There are ongoing and competing claims of sovereignty to the SCS from Vietnam, the Philippines, Malaysia, Indonesia, Brunei, Taiwan and China.

China does not acknowledge diplomatic efforts made by other claimants and has made the most assertive and expansive territorial claims over the SCS. 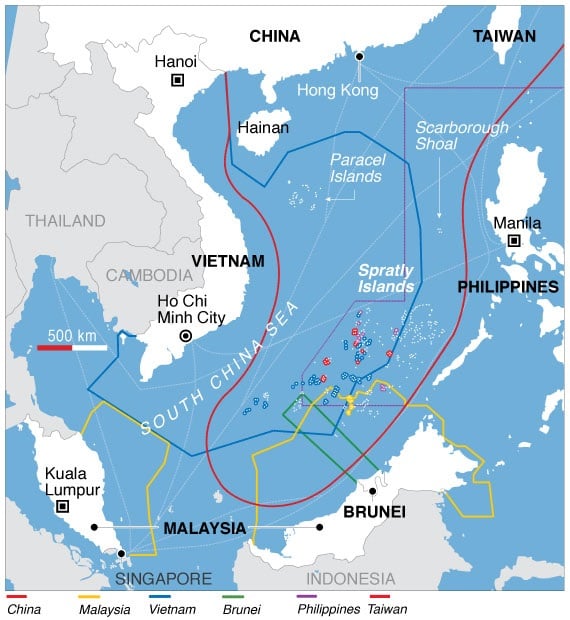 Beijing’s current territorial claims over the SCS stem from the 1951 and the Allied peace treaty negotiations with Japan. Yet the scope of China’s claims to maritime rights or jurisdiction are ambiguous. Key to the ambiguity behind its maritime claims is the “nine-dashed line” (jiuduanxian) that has appeared on Chinese maps of the region since the 1930s, yet it has never been defined what type of international legal claim the line depicts. China’s assertions to the SCS amount to nearly 80% of the maritime domain. The southernmost part of this area, the James Shoal, is about 50 miles off the coast of the Malaysian state of Sarawak, and 1,120 miles south of the Chinese mainland. 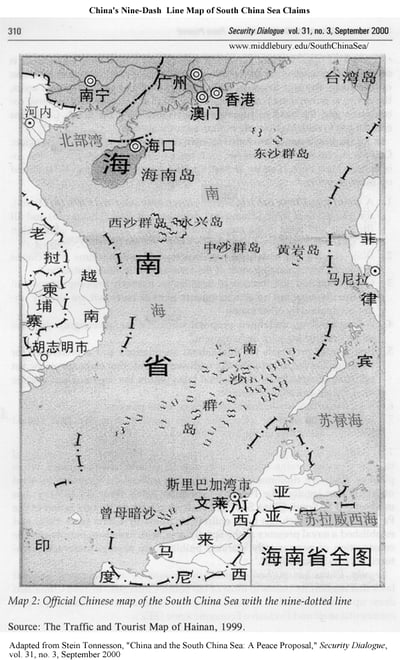 How much of a threat to the region’s stability are South China Sea tensions?

In the short term, the multipolarity of the South China Sea is likely to provide an element of stability. Vessels which actively seek to challenge China’s claim to the archipelagos within the South China Sea are at greatest risk of Chinese intimidation, as demonstrated in incidents involving Filipino and Vietnamese trawlers fishing in the contested waters within China’s ‘9-dash line’. The risk to commercial shipping in the SCS is unlikely to increase. However, it is crucial for China and therefore the broader region, that territorial disputes and consequent disruption is avoided wherever possible. If the status quo is not maintained, or the disputes spiral into ongoing conflict, the region and specifically China will face significant economic disruption. 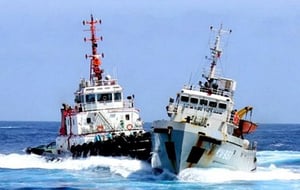 How much of a threat to the region’s stability are South China Sea tensions?

Armed robbery in the Strait of Malacca and Singapore (SoM&S) is the primary threat to commercial shipping in the South China Sea. In 2020, there were 34 incidents of maritime crime in the Singapore Strait. Of these incidents, 30 occurred in waters funnelled between Singapore, Malaysia, and Indonesia's Riau Islands. There was a 9% increase in incidents in 2020 compared to 2019 but still far below the 99 recorded in 2015. Most maritime incidents in the SoM&S occur during the hours of darkness.. Typically, small groups of assailants armed with knives and makeshifts weapons board vessels with limited vessel hardening to steal engine spares or vessel stores.

The widespread deprivation within Malaysian and Indonesian coastal communities and access to attractive targets travelling the SoM&S is a key driver of piracy in this region. Additionally, illegal fishing is an attractive economic opportunity for the millions who have been left behind due to uneven economic development across the region. The coastal communities that face high levels of poverty have been hit hard by the fallout of Covid-19. The negative impacts on the global economy, following previous trends of economic downturn have exacerbated the low socioeconomic conditions of coastal regions and have triggered an increase in maritime incidents.

Piracy in the SoM&S makes navigating the strait a security and commercial risk. However, in this region piracy can be viewed as the symptom of the lived experiences of those in coastal communities; piracy is used as a tool supplement the livelihoods of those motivated by poverty. The lack of kidnapping and vessel hijack is indicative of the low-level, petty and poverty induced nature of maritime crime in the region – of individuals and families simply trying to get by.

Unfortunately, the success of such low-level criminality within the SoM&S has created conditions where more professional perpetrators are gaining confidence and the risk of more ambitious incidents occurring in the short to medium term is rising. The regional imbalance of wealth and poverty is also unlikely to significantly improve soon, leaving people desperate and frustrated enough to continue targeting passing vessels, judging that the minimal risk of capture is far outweighed by the potential reward. Economic adversity following the Covid-19 outbreak will see a further increase in maritime incidents in the next year.

How can the South China Sea dispute be resolved?

Steps taken by the littoral states so far, such as ReCaap’s monitoring, US naval training and the restructuring of the Singaporean Maritime Security Taskforce in February 2020, have failed to consistently prevent increases in incident volume in recent years. With greater regional effort, the SoM&S could be effectively patrolled at a local level and with a less militaristic posture, to reduce maritime crime. Until the Singaporean, Indonesian and Malaysian navies and coast guards develop a more effective, integrated procedure for responding to incidents and apprehending assailants, all vessels transiting through the straits should operate at a heightened posture of alert for boarding’s and armed robbery by capable perpetrators.

These activities are maritime and security focused and can be implemented successfully in the short to medium-term, but would not resolve the root issue of criminality in the SCS. Going beyond these interventions to consider improving the social and economic outlook of coastal communities provides a long-term solution, focused not on deterrence but on creating the conditions where piracy and illegal fishing isn’t necessary to sustain families and their livelihoods.

What is India’s involvement in the SCS?

South China Sea is one of the most difficult and contentious maritime conflicts in the Asia Pacific.
India is not an active player in the South China Sea, but in the event of drastic changes to the power structure in the region, India will be affected. Nearly $200 billion worth of Indian trade passes through the SCS and thousands of citizens study, work and invest in the countries directly involved. This makes the SCS an area of high strategic necessity for India. If China is able to establish an un-rivalled control over these waters that would upend a huge part of existing trade and geopolitical set-up.

India's growing interest in the SCS is attributed to five factors:

India portrays itself as one of the most valued and responsible external stakeholders in rebalancing safety in the SCS. Despite the wish of ASEAN countries to take up an enhance role in the SCS maritime dispute, this remains untenable in the context of the broader relationship between India and China.

What are the environmental issues facing the South China Sea?

The geopolitical issues of the South China Sea (SCS) are well known and documented, however the environmental impacts of the conflict are not. The South China Sea has an incredibly biodiverse  ecosystem including thousands of species of coral, fish and other marine life, some of which are endangered. With six countries claiming the islands and region for the purpose of maritime, airspace, natural resources and dominance of the region, irreparable environmental damage has occurred from the conflict.
Long-term environmental issues are exacerbated by claimants of the SCS which  are detrimental to the well-being of the marine life, coastal environment and local populations. The destruction of the region is caused by tactics used to claim sovereignty by all claimant-countries:

The environmental issues facing the South China Sea have been exacerbated by the conflict, however this popular shipping route contributed to the sea pollution & degradation of marine life prior to the fight for sovereignty. With natural resources factoring as one of the main reasons for theconflict, the rate at which the SCS ecosystem is deteriorating is cause for concern. 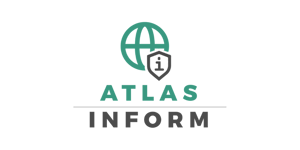 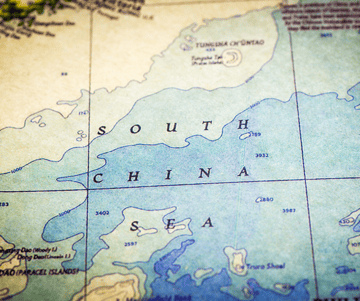 Ferdinand Marcos Jr. and Xi Jinping agreed to restart joint oil and gas exploration and set up a direct channel of communication on South China Sea issues. China is ready to manage its maritime issues... 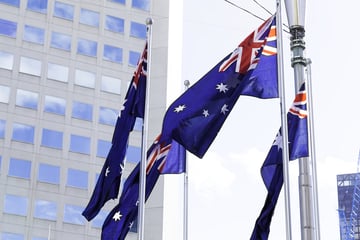 Australian Defence Minister Richard Marles said on Wednesday Papua New Guinea had proposed a security treaty between both countries amid increasing tensions in the Pacific islands after China struck a... 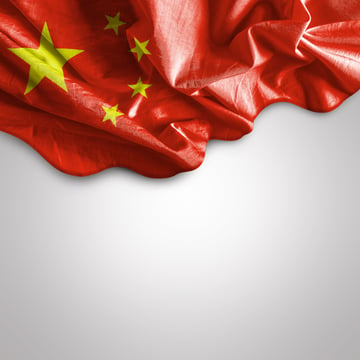 China’s military exercises are an intel bonanza — for all sides

Washington, Beijing and Taipei are watching each other closely as events unfold near Taiwan. China’s massing of ships, aircraft and missiles near Taiwan is giving the U.S. a never-before-seen glimpse ... 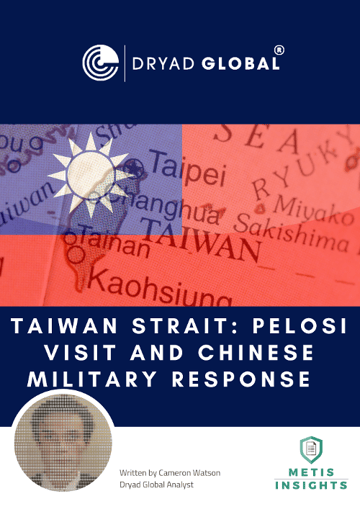 On 02 August 2022, US Speaker of the House of Representatives Nancy Pelosi arrived in Taiwan, the most senior US official to visit Taiwan since Newt Gingrich in 1997. Taiwan is administered by the Rep...