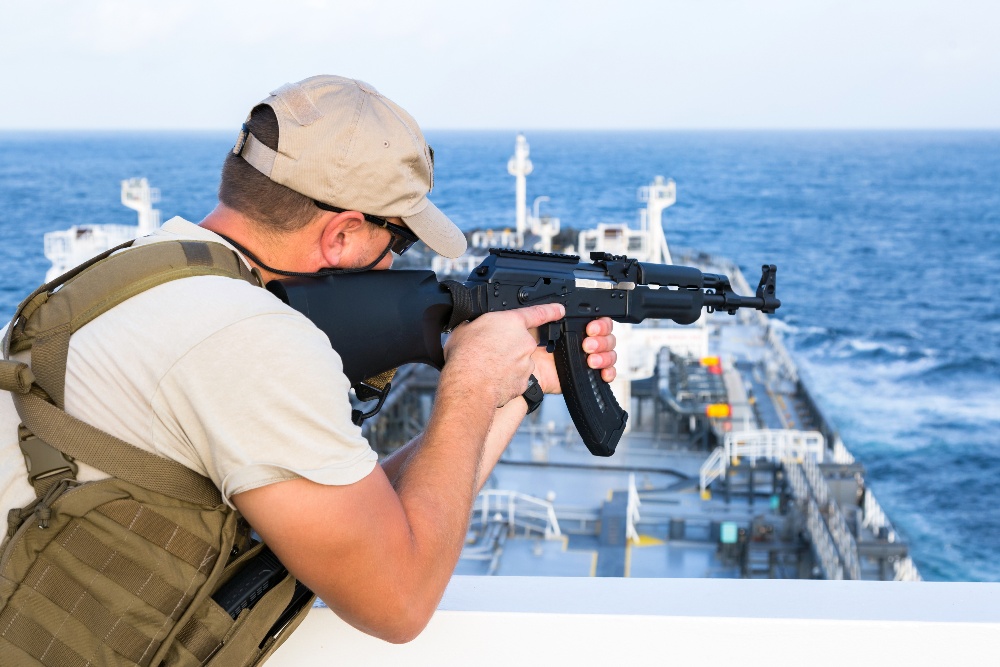 Maritime security is an important requirement for merchant’s vessels. Maritime criminals and pirates continue to target ships for the value of their cargo or their crew for the subsequent ransom pay-outs.

As a result of swift international action the maritime industry witnessed a decline in piratical activity off the coast of Somalia; however, new threats are on the rise. Recent reports suggest a steady uptick of incidents of piracy in regions such as the Gulf of Guinea.

What are my options?

Maritime crime and piracy result in huge losses for shipping companies, as a result, insurers and ship operators need solutions and products to mitigate against these risks.  One of the physical security options is to employ the services of privately contracted security teams:

Several countries across the world have introduced legislation and rules to help shipping companies place armed guards on board their vessels to safeguard the ships from acts of piracy and as a stowaway prevention measure.

The decision on the employment of Privately Contracted Armed Security Personnel (PCASP) on board ships is a complex one for a shipowner. The absence of applicable regulation and industry self-regulation coupled with complex legal requirements governing the legitimate transport, carriage and use of firearms gives cause for concern. The situation is further complicated by the rapid growth in the number of private maritime security companies (PMSC) and doubts about the capabilities and maturity of some of these companies. Significant competence and quality variations are present across the spectrum of contractors offering services.
Vessel security teams should be highly qualified, regularly vetted and experts in maritime security operations. Both armed and unarmed maritime security teams can be contracted.

Why the race to the bottom and low-cost does the industry no service:

"Hiring Ship Security Personnel And Armed Guards: What You Need To Know"

Vessel Protection Teams in practice – what you need to know

The size, composition and equipment of the proposed PCASP team should be carefully discussed and agreed as necessary by the shipowner contracting with the PMSC.

Factors for consideration may include:

Maritime Safety Committee interim guidance to shipowners, ship operators and shipmasters on the use of privately contracted armed security personnel on board ships in the High Risk Area. 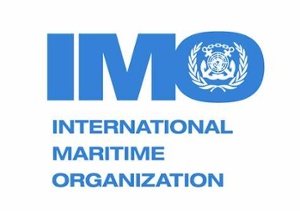 The purpose of this guidance is to assist shipowners, ship operators and shipmasters considering the use of PCASP on board ships to provide additional protection against piracy. It is important to note that flag State jurisdiction and thus any laws and regulations imposed by the flag State concerning the use of PMSC and PCASP apply to their ships. Furthermore, it is also important to note that port and coastal States' laws may also apply to such ships.

The use of PCASP should not be considered as an alternative to Best Management Practices (BMP) and other protective measures. Placing armed guards on board as a means to secure and protect the ship and its crew should only be considered after a risk assessment has been carried out. It is also important to involve the Master in the decision-making process.

Do you really need armed guards for your transit?

Conduct a risk assessment. Shipowners should ensure that the flag State is consulted at an early stage in their consideration of the decision to place PCASP on board to ensure that any statutory requirements are met. Whether to use PCASP within the HRA is a decision for the individual shipowner after a thorough risk assessment and after ensuring all other practical means of self-protection have been employed. The risk assessment should include and document the following factors and considerations, prior to making the determination to take such actions:

Armed security providers are not incentivised to tell you if the risk profile does not warrant their services.

We see ingrained decision habits that are hard to break; for example in the Indian Ocean the risk profile is significantly reduced from its peak and physical security teams may not be required for many operators.

Make sure all parties are fully informed.

We know how challenging it can be to convince some interested parties in - It all starts with an risk assessment that is not dependent on the sale of armed security services.

How to choose a Private Maritime Security Company (PMSC)

As with any other type of contractor, it is important to undertake the usual due diligence, which normally includes investigation and enquiries in relation to:

We conduct comprehensive due diligence checks on all the PMSC providers that we work with so that you don't have to.  Learn more about our brokerage service Orion Protect 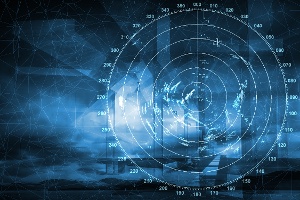 Questions you need to ask your chosen PMSC

To assess the capability of PMSC to carry out a proposed task, a thorough enquiry regarding the prospective PMSC should be undertaken, particularly in the absence of a robust certification scheme for PMSC.

Your chosen PMSC should be able to provide documentary evidence which may include:

As the quality of the service delivery depends to a very great extent on the quality and experience of the individuals that make up the onboard PCASP team, the quality of the selection and vetting of that team is essential. PMSC should demonstrate that they have verifiable, written internal policies and procedures for determining suitability of their employees.

PMSC should be able to provide documentary evidence which may include: 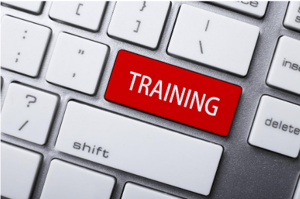 Ensuring the PCASP team has current training is also important.

As the quality of professional training given to PCASP is of extreme importance, the shipowner should verify that the PMSC has adequate training procedures in place. The records of that training should give confidence that the PCASP have been provided with appropriate knowledge and skills.

PMSC should be able to provide documentary evidence which may include:

Rules for the use of force

It is essential that all PCASP have a complete understanding of the rules for the use of force as agreed between shipowner, PMSC and master and fully comply with them. PCASP should be fully aware that their role in regard to the above is exclusively for the protection of life of persons on board and the ship from armed pirate attacks. PMSC should provide a detailed graduated response plan to a pirate attack as part of their teams' operational procedures.

PMSC should require their personnel to take all reasonable steps to avoid the use of force. If force is used, it should be in a manner consistent with applicable law. In no case should the use of force exceed what is strictly necessary and reasonable in the circumstances. Care should be taken to minimize damage and injury and preserve human life.

PMSC should require that their personnel not use firearms against persons except in self-defence or defence of others. 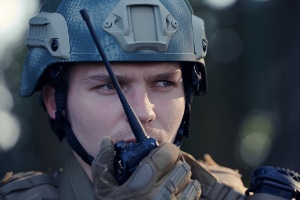 A shipowner/operator when entering into a contract with a PMSC should ensure that the command and control structure linking the ship operator, the master, the ship's officers and the PCASP team leader has been clearly defined and documented. Further, prior to boarding the PCASP, the shipowner should ensure that the master and crew are briefed and exercises are planned and conducted so that all the roles and responsibilities are understood by all personnel on board prior to entering the HRA.

In order to provide the required clarity, the documented command and control structure should provide:

Factors to determine such success may include: providing regular updated intelligence-based threat assessments throughout the contracted period on board, and utilizing this information to offer suggestions as to the ship's proposed routeing, amending same if required, and under the ship's contractual arrangements; .monitoring the daily activities of the onboard PCASP team; having a 24-hour emergency response and a contingency plan in place covering all foreseeable actions; and providing feedback on crew training and ship hardening requirements based upon reports received from their onboard PCASP team. 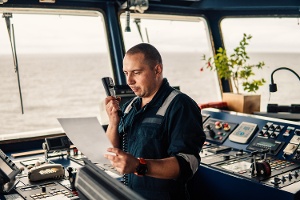 The master should maintain a log of every circumstance in which firearms are discharged, whether accidental or deliberate. Such actions should be fully documented in sufficient detail in order to produce a formal written report of the incident, for the shipowner/operator to forward to the flag State.

The requirements of a formal written report may be considered to include the following:

In the event that the PCASP use force, PCASP team leaders should be advised to photograph (if appropriate), log, report and collate contemporaneous written statements from PCASP present at the incident in anticipation of legal proceedings.

In addition to incident reporting it is suggested that following a tour of duty the PCASP team should submit a full report to the shipowner/ship operator, via their employers if required, giving full details of the deployment, operational matters, any training and/or ship hardening conducted, and offering advice as to any further enhancements to security that may be considered. 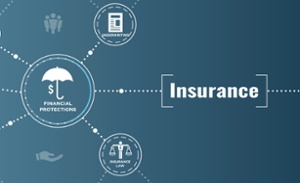 Owners should verify that PMSC maintain insurance cover for themselves, their personnel and third-party liability cover and that the PMSC terms of engagement do not prejudice or potentially prejudice the shipowner's insurance cover.

PMSC insurance cover PMSC should provide evidence that they hold and will maintain for the duration of the contract:

It is vital that shipowners, charterers and underwriters review all provisions in their charters and policies and ensure adequate attention is paid to the questions raised.